The non-profit Dance Into Unity, Inc. (DIU) was founded by Elena Alexandra whose formal education is in Clinical Mental Health Counseling (CMHC) and Svetlana (Lana) David who has a background in Engineering and Information Technology with over two decades as a systems analyst and programmer in corporate IT.

Both Elena and Lana have been involved with Homeopathy for over 20 years, studying with the world’s most celebrated teachers.  During their work at AUCM (American University of Complementary Medicine) they discovered first-hand the importance of meaningful and creative expression in relation to a person’s well-being.

Through their experience with the homeopathic principle called “Law of Similars” and the universal language of the arts, and especially dance, they developed the concept of well-being into a model called “Match-A-Friend” and saw its effect first-hand with Adam, a family member affected with a neurological condition called Autism.

Through this unique lens, the mission of Dance Into Unity was to raise autism awareness through the arts, specifically large scale dance productions.

Dance Into Unity hosted its first Autism Awareness event with the dance production “El Corazon del Tango” (aka, “Through the Heart of Tango”) starring Broadway icon Miriam Larici together with a celebrated Broadway cast.  The live two-night event took place November 18th and 19th attracting over 2,000 people.  The event also introduced the vision of “Adam’s Ranch” which was later portrayed in the video “Imagine the World” narrated by actor /producer Craig Shaffer. The production “El Corazon del Tango” was based on a fairytale written by the founders, called “Dance Into Unity through the Heart of Tango“, a story in which the character “Disconnect” (based on Adam) helps the character “Truth” find a way from the land of separation called Snake Land, to the Land of Unity.  The tale was choreographed by the show’s principals Miriam Larici and Hugo Patyn. Artwork by M. Vasilkovsky “Light In the Snake Land” based on fairytale “Dance Into Unity Through the Heart of Tango”
2006-2008: "The Puzzle of The Tall Tower" DIU Founders’ quest through autism led them to write an expanded version of the original fairytale “Dance Into Unity Through the Heart of Tango“, which they called “The Puzzle of The Tall Tower“. During this time they worked extensively with award-winning illustrator and animation artist Masha Vasilkovsky, who in addition to the book illustrations, created a tango animation based on the fairytale.

“The Puzzle of The Tall Tower” was subsequently choreographed by Broadway’s “Forever Tango” icon Miriam Larici for Dance Into Unity’s 2008 production “Tango Adamor“.

Artwork “To the Tower” by M. Vasilkovsky based on fairytale “Dance Into Unity Through the Heart of Tango”

2008: “Tango Adamor” at Saban Theatre & Alex Theatre
Play Video
Dance Into Unity hosted its next visible Autism Awareness charity event "Tango Adamor" with a celebrated Broadway cast and including the Macana Brothers, on November 21st & 22nd at the majestic Wilshire Theatre Beverly Hills, now known as Saban Theatre, and Glendale’s landmark Alex Theater, attracting an audience of over 4,000, among them NBC scouts for Nigel Lythgoe’s “Superstars of Dance”. Our leading dance couple not only made the cut but won a gold medal in the 2009 program. Media reviews: "University Times" and "Vida Salsera".
2009-2010: “Magic of Tango” Dance Into Unity in collaboration with the non-profit Unity in Diversity created a community program in West Hollywood called “Magic of Tango” where DIU co-founder Elena Alexandra conducted weekly workshops in the ‘Art of Connection through Tango’ to the community of West Hollywood.

In 2010, Adam had a seizure which left him badly hurt. His mother was so devastated that DIU founders Elena and Lana took Adam to live with them. They found a caregiver for Adam, a 22-year old college student named Cole.

This connection was a miracle for Adam. After connecting to Cole, Adam, who had been extremely withdrawn, started to crave connection. Cole also grew as an individual by virtue of his connection to Adam. He discovered his strength, maturity and a healthy sense of identity.

After one year, Cole left to pursue his college education, but being with Adam inspired him to change his career path. The relationship between Adam and Cole gave birth to Match-A-Friend, a new outlook on autism based on the power of connection to equally benefit all involved.

Through the Heart of Tango (2012) Trailer

To test Match-A-Friend in action, DIU founders, Elena & Lana developed a series of workshops called “Through the Heart of Tango” where they matched up young adults with special needs to neurotypical young adults and taught them the ‘Art of Connection’ through dance.

Staged at Inclusion Films in Burbank, these workshops culminated in a two-day breathtaking event at a venue in Glendale, where the participants teamed up with professional dancers on stage. The workshops and finale event were filmed by Joey Travolta’s Inclusion Films into the documentary "Through the Heart of Tango".
In 2013 "Through the Heart of Tango" was accepted into a number of national and international film festivals and featured a number of times on television. 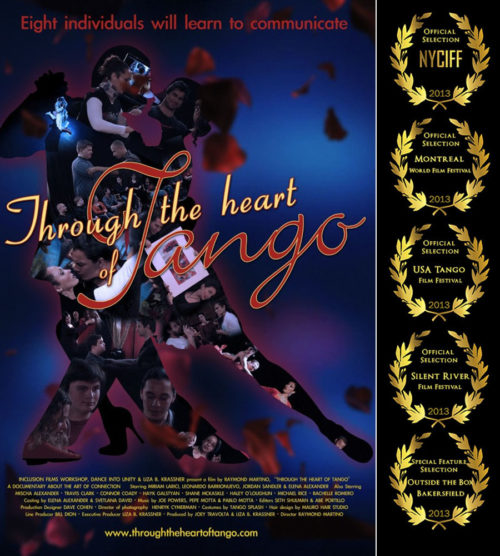 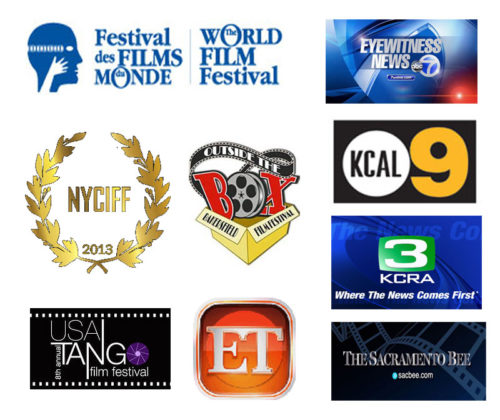 2013: ‘Beautiful’ Workshops & Documentary Film
Staged at Inclusion Films in Burbank, these workshops culminated in a two-day breathtaking event at a venue in Glendale, where the participants teamed up with professional dancers on stage. The workshops and finale event were filmed by Joey Travolta’s Inclusion Films into the documentary "Through the Heart of Tango".
Play Video

In April 2013, the workshops evolved into a documentary series filmed at the Westside School of Ballet in Santa Monica. The cast consisted of young adults with autism matched up with neurotypical peers through the Match-A-Friend principle with exceptional results including openness of expression and boost of creativity, displayed in all participants.

The docu-series culminated at Santa Monica's Miles Memorial Playhouse with a screening of the film, a bracelet ceremony honoring the cast members, and an autism-dedicated performance from Westside School of Ballet.

The project “Beautiful” was a testament to the success of the Match-A-Friend model. Ballet provided a structured and inspiring environment where everyone was equally engaged in creating, and empowering each other in the process. The workshops focused on participants’ qualities and talents, generating a natural and beautiful environment where autism ceased to exist.
A practical application of the Match-A-Friend model is to enable individuals on the autism spectrum to function on a higher level including the ability to acquire and hold down a job - all resulting from experience of connection - which promotes an increase in confidence, ability to express and communicate.
AUTISM UNITES (2014-Current)
2014: Dance Into Unity changes its name to Autism Unites

With the recognition of the unique and innovative Match-A-Friend model as a key to creating sustainable jobs for young adults with autism, ensued a growing focus on vocational programs for young adults on the autism spectrum.

In an effort to better reflect this new mission, DIU founders decided to change the name of the organization to Autism Unites.

February 2014: Fundraiser with Robby Krieger of “The Doors” 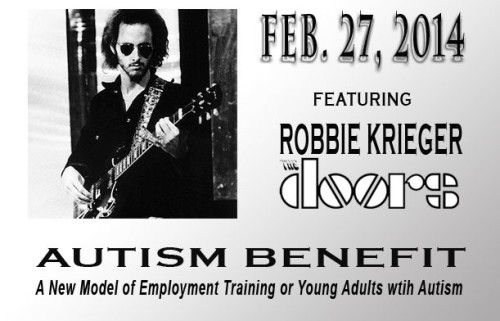 Attendees of the fundraiser ranged from film and media personalities to producers interested in collaborating with AU, to the participants of the project “Beautiful”, including Arman Khodaei and Valeria Velyka who shared a touching speech about their Match-A-Friend experience. The evening also featured a piano performance by a blind young man with autism.

April 2014: “BE SAFE” event with Emily Iland and Culver City PD
Play Video
On April 30, 2014 Autism Unites together with the creator of “BE SAFE The Movie” and Culver City Police hosted an event featuring the unique video modeling tool that teaches individuals with autism to interact safely with the police. The event had an unexpectedly large turnout of individuals and families affected by autism, all eager to connect and experience the tool firsthand.
BE SAFE in the MEDIA
Following the event Autism Unites received a Letter of appreciation from Culver City Chief of Police. The event was also publicized in Culver City News.

Adam’s memorial took place on Wednesday, July 2nd, 2014 at the Elliot Institute in Crescenta, CA, the school which Adam attended since the age of five.

Adam passed away, but his legacy became the catalyst for a new way of seeing the world. 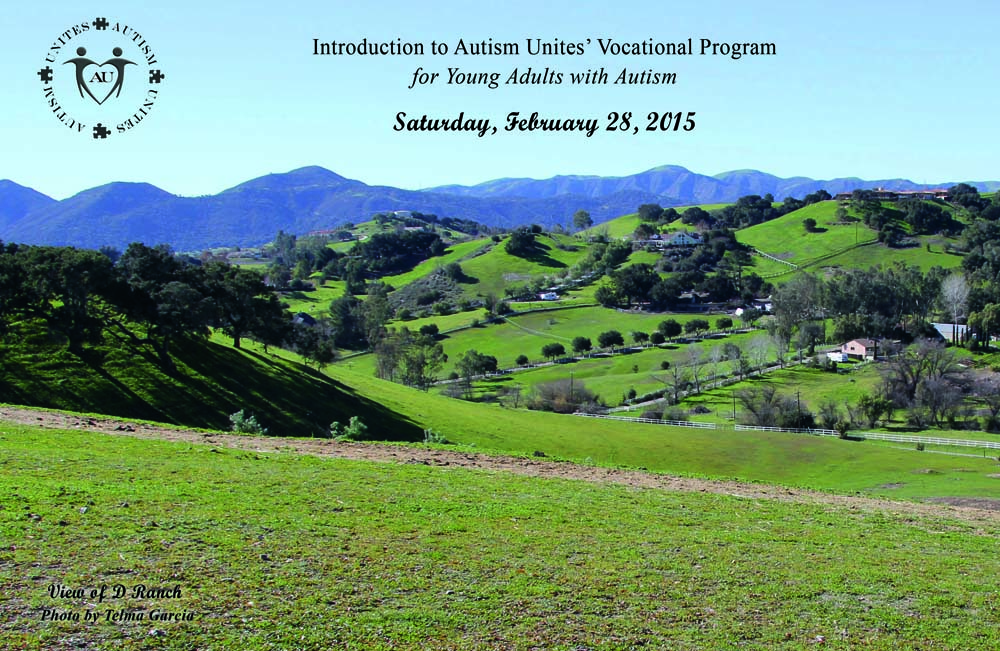 The “Adam’s Ranch” model of an all-inclusive, sustainable community with meaningful connections was first introduced in 2006 at the autism awareness event "El Corazón del Tango".
The project re-emerged when shortly after Adam’s passing, the founders moved to Santa Ynez Valley, CA to learn ranch life and its application through Match-A-Friend in their continuing quest to create sustainability within the autism community.
June 3, 2015: Remembering Adam's Legacy 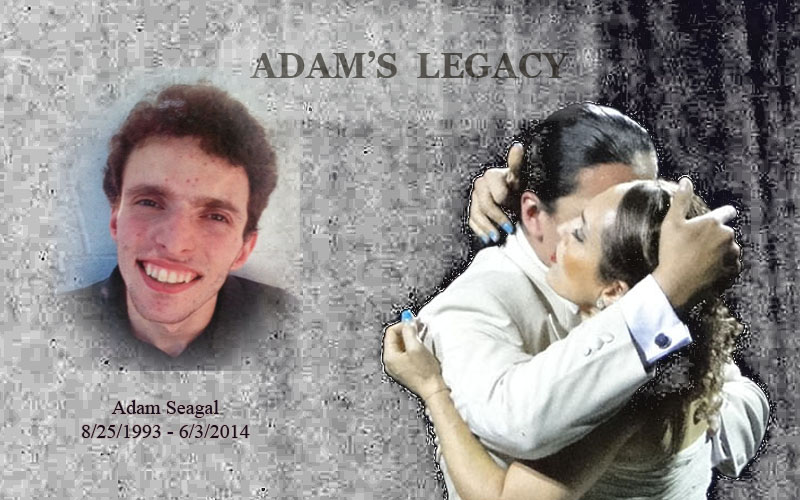 One year after Adam's passing, Autism Unites celebrated the anniversary of his legacy with an event at the Veteran's Memorial Building in Culver City, CA, where the documentary "Through the Heart of Tango" was shown with the first Match-A-Friend cast.
THE FIRST GUILD (2016-present)

Throughout our years of work with young people with and without autism, and the staggering theme of disconnection, grew an understanding and desire to provide a way for all people to connect with themselves and their innate qualities

To achieve this goal, we have been developing and implementing a unique program Ballet & Identity, which teaches principles that develop core strength, confidence, unlock creativity, and empower youth ability to succeed in their chosen field through the mecca of culture, science and arts collectively represented in classical ballet